By infinite fate - April 17, 2011
Got this one from Vic's Facebook post. Since I have no TILT for yesterday, I will ante-date this post to make up for the gap.

An April 13, 2011 article in New York Times featured a story about P&G and Unilever in Europe being fined due to price-fixing. Another company, Henkel, escaped the fine by being the whistle-blower of the cartel. The cartel operated from 2002 to 2005 and affected the price of laundry detergents in Belgium, France, Germany, Greece, Italy, the Netherlands, Portugal and Spain. In exchange for a 10% reduction in fine, P&G and Unilever admitted involvement in the cartel.

I'm just shocked that even in progressive countries in Europe, where there are strict anti-trust laws, the cartel was able to operate for more than three years. I wouldn't be surprise if cartels in various industries are operating here in our country for decades now.
Project TILT 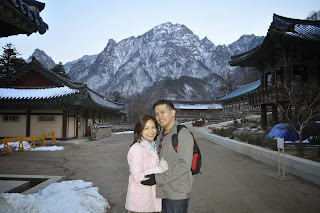 "Is life + love = happy?" -Lex
This simple question, coming from a 5 year old boy, made me think about how simple life should be. In our unending quest to find happiness, we try so many things, go to different places, and aspire for various goals. We spend a lot of time, money, and energy in this seemingly unending pursuit. And most of the time, we still come home feeling tired, lonely, and unfulfilled.
My life so far has been a rollercoaster of emotions, especially the first 30 years. But someone changed everything for the better. This someone made me realize that even though life has many ups and downs, love has a way to make everything better. It is through love that we can convert a good experience into a great memory, and a bad experience into a good lesson. For when we love, we strive to become better than what we already are. When we love, we gain our north star, our purpose, our anchor, our home.


That someone is none other than my wife.
To my dear wife, you know t…
Read more